Djibouti commissioned a $3.5 billion, Chinese-built free trade zone on Thursday, deepening ties with the Asian giant and helping the Horn of Africa nation generate more jobs for its youths. Djibouti, with a population of 876,000, 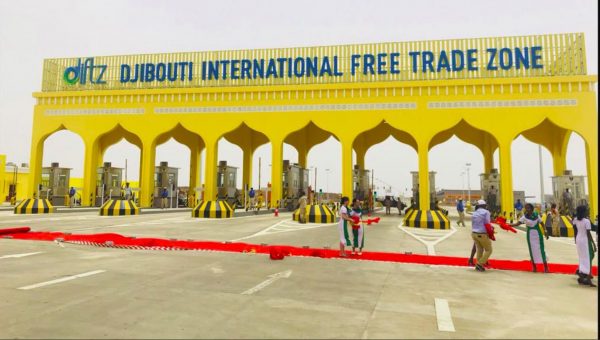 Djibouti commissioned a $3.5 billion, Chinese-built free trade zone on Thursday, deepening ties with the Asian giant and helping the Horn of Africa nation generate more jobs for its youths.

Djibouti, with a population of 876,000, already hosts Chinese, U.S. and French naval bases and it also handles roughly 95 percent of the goods imported by Ethiopia, its land-locked neighbour with 99 million people.

The new trade zone, one of several new port and trade facilities being developed by Djibouti, covers 48 square kms and was built by China’s Dalian Port Corporation.

The zone will be jointly operated by Djibouti Ports and Free Zones Authority and China’s Merchants Holdings company.

The zone which will house manufacturing and warehouse facilities, an export-processing area and a services centre, is expected to handle trade worth $7 billion within two years, and create 15,000 jobs when complete.

“It is … a zone of hope for thousands of young jobseekers,” Djibouti President Ismaïl Omar Guelleh said at the inauguration ceremony, which was also attended by the presidents of Rwanda, Somalia, Ethiopia and Sudan.

China’s ‘One Belt, One Road’ project

The agreement to build the free trade zone was signed in March 2016 as part of China’s “One Belt, One Road” initiative, which is a bid to expand trade routes with a series of infrastructure initiatives stretching across 60 countries.

“Our strategic location and world-class facilities have … seen Djibouti’s importance as a trade hub recognised globally,” Aboubakar Omar Hadi, chairman of the Djibouti Ports and Free Trade zone, told Reuters at the ceremony.

Djibouti already handles most imports for neighbouring Ethiopia, and aspires to become a gateway to South Sudan, Somalia and the Great Lakes region.