Mon 07 Aug 2017 By Eno Adeogun There are growing concerns for the wellbeing of an Orthodox Church leader in Eritrea who hasn't been seen in public since he attended mass at a church last month. His Holiness 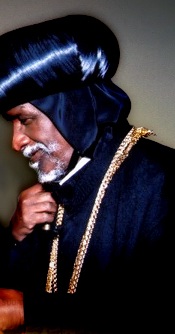 There are growing concerns for the wellbeing of an Orthodox Church leader in Eritrea who hasn’t been seen in public since he attended mass at a church last month.

His Holiness Abune Antonios, the legitimate Patriarch of the Eritrean Orthodox (Tewahdo) Church, who was evicted from his official residence in 2007, made his first public appearance in over a decade at St Mary’s Cathedral in Asmara on 16th July.

While the patriarch’s reappearance in public sparked hope for his imminent release, Christian Solidarity Worldwide (CSW) was told by several sources that it was in fact “stage-managed”.

Dr Khataza Gondwe, team leader for Africa and the Middle East at CSW, said: “It is clear that the patriarch’s temporary reappearance was a ploy to usher in a successor who would formalise government control of Eritrea’s largest Christian denomination.

“It was also a public relations exercise designed to give a semblance of progress in human rights to countries that would prefer to avoid addressing the crimes against humanity underway in Eritrea, while assisting the country’s efforts to prevent beleaguered citizens from escaping for their own domestic policy reasons.”

The 90 year old patriarch was reportedly moved to another residence with “better” conditions on 19th July, however according to CSW, the new location is surrounded by guards and the he remains unable move about freely.

He was removed from his position and put under house arrest following his opposition to treatment of Medhanie Alem Church in the capital, Asmara. He objected to requests to close the church and excommunicate 3,000 of its members, and the detention of three of its Orthodox priests in November 2004.

Dr Gondwe went on to say: “Our thoughts and prayers are with Patriarch Antonios as he faces increasingly challenging circumstances. We call on members of the international community to seek urgent assurances of his whereabouts and welfare, so that the Eritrean authorities are left in no doubt that they will be held accountable for his continued wellbeing.

“We also reiterate our calls for his unconditional release and reinstatement and for representatives of sisterly Oriental Orthodox churches to visit the patriarch in order to ensure his wellbeing and verify the legitimacy of any reconciliation process.”