Christian Mom Dies While Imprisoned for Her Evangelical Faith in Eritrea

A Christian mother who was arrested earlier this year amid a crackdown on evangelical Christians in the African nation of Eritrea has died, a Christian human rights organization reported. Fikadu Debesay, an evangelical mother of three 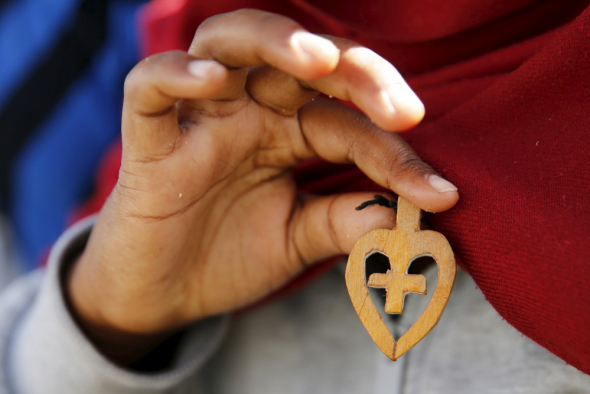 A Christian mother who was arrested earlier this year amid a crackdown on evangelical Christians in the African nation of Eritrea has died, a Christian human rights organization reported.

Fikadu Debesay, an evangelical mother of three who was arrested along with her husband in May, died last week while imprisoned at Metkel Abiet, a desert camp located between the towns of Shieb and Gahtelai in the country’s Red Sea Region, according to Christian Solidarity Worldwide.

“CSW is saddened to hear of the death of Fikadu Debesay. Our thoughts and prayers are with her family at this painful time. We think particularly of her children, who are mourning their mother in the absence of their detained father, and of the other children whose parent or parents are unjustly incarcerated,” CSW Chief Executive Mervyn Thomas said in a statement.

Although the cause of Debesay’s death is not known, Thomas explained that the conditions and treatment that many Christians face in detention at camps like Metkel Abiet are “so inhumane that they can cause a mental breakdown.” Also, the Red Sea Region is known for its extreme heat and dryness.

“Clearly, human rights and fundamental freedoms continue to be violated comprehensively in Eritrea, and the situation of freedom of religion or belief is deteriorating,” Thomas asserted. “Once again, we urge the international community to ensure that the government and its officials are made to account for the crimes perpetrated against Eritrean citizens, and to maintain pressure on the regime until every prisoner of conscience is freed without precondition.”

More than 160 Christians have been detained in police raids so far this year.

In June, Thomas said that the current crackdown is a “clear illustration that the persecution of unrecognized faith groups in Eritrea is continuing.”

Over 15 years ago, the Eritrean government closed nonsanctioned churches, banned religious events and practices not affiliated with the state-approved denominations and began its crackdown on outlawed religious practices. Religious denominations recognized by the Eritrean government include Sunni Islam, the Catholic Church, the Evangelical Lutheran Church and Orthodox Christianity.

According to CSW, arrests are still occurring monthly. In the first week of August alone, 23 Christians were detained in the nation’s capital city of Asmara.

In June, Release International reported that Eritrean Christians arrested during government raids in the past were usually detained at Christian events like Bible studies or worship services. The organization explained that government agents are now simply going door-to-door to arrest Christians.

“Security officials accompanied by an Orthodox priest are turning up at homes and questioning people over their religious affiliation,” Release International explained. “All except Muslims, Orthodox, Catholic and Lutheran are liable for arrest.”

Premier Christian Radio reported that the number of Eritrean Christians detained in raids this year has reached 210.

Eritrea currently ranks as the 10th worst country in the world when it comes to Christian persecution, according to Open Doors USA’s 2017 World Watch List.