TORONTO — Canada is expelling an Eritrean diplomat after he was caught using his consulate in Toronto as a fundraising front for the repressive African regime and its military in violation of international sanctions. Consul Semere 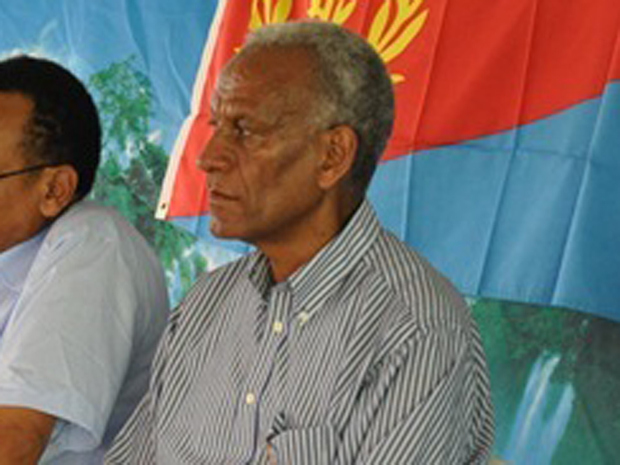 TORONTO — Canada is expelling an Eritrean diplomat after he was caught using his consulate in Toronto as a fundraising front for the repressive African regime and its military in violation of international sanctions.

Consul Semere Ghebremariam O. Micael was ordered home Wednesday after a government investigation confirmed his office was soliciting money from expatriates — some of it explicitly for the Eritrean armed forces.

The fundraising scheme was illegal because the United Nations Security Council has imposed sanctions on the Eritrean military over its support for armed groups in the Horn of Africa such as the al-Qaeda-linked Al-Shabab.

Mr. O. Micael must leave Canada by noon on June 5. As is typical in such cases, the government gave no explanation for the expulsion. The statement said only that Ottawa had repeatedly told Eritrea to respect international sanctions and Canadian law.

The expulsion is meant to send a message to the Eritrean regime that its illicit fundraising practices would not be tolerated in Canada. It comes after Foreign Affairs had repeatedly warned Eritrea in diplomatic notes to stop.

But the consul continued anyway and last week the National Post revealed that as recently as two weeks ago he was still using his office to pressure Canadians to hand over 2% of their wages to the regime, as well as an additional $300 to $500 for the country’s military.

“I think it had to happen. The consulate was warned and ignored the warning,” said David Matas, the Eritrean-Canadian Human Rights Group’s senior legal counsel.

In an interview Monday, Mr. Micael denied he was collecting taxes and insisted he was only providing “information” on how donate to his impoverished government. He also said he had not collected money for the military for “five, six years.”

But an internal letter distributed by the consulate last August explained how to send money collected in Canada to the regime’s military. “Victory to the masses!” read the one-page letter, obtained by the National Post.

It told consulate “representatives” how to use a German bank account to transfer “payments” from Canada meant for Eritrea’s Ministry of Defence. Dated Aug. 31, 2012, the letter was evidence of an organized attempt by the Eritrean consulate to fundraise for the state and its armed forces in defiance of Canada’s repeated demands that it stop.

Eritrean-Canadians had long complained about the taxation system, calling it extortion. The Eritrean-Canadian Human Rights Group recently provided new evidence of the ongoing fundraising scheme to the Post as well as to Foreign Affairs, which was already conducting its own investigation.

Mr. Micael was Eritrea’s only accredited diplomat in Canada. The government statement said Eritrea was welcome to send a replacement “but that person must be prepared to play by the rules. Our resolve should not be further tested.”

Since winning independence 20 years ago following a war with Ethiopia, Eritrea has fomented instability in the region by supplying weapons, training and cash to several armed groups. As a result, in 2009 the UN imposed sanctions on Eritrea.

A one-party state, the country is one of the world’s most repressive and impoverished. It has failed to develop a formal economy and is dependent on “diaspora taxes” imposed on the large number of expatriates who have fled the country.

The taxes are collected at embassies and consulates around the world, including until recently in Toronto. The UN reported that “threats, harassment and intimidation against the individual concerned or relatives in Eritrea” were used to extract tax payments.