BREAKING NEWS: Three Eritrean Officers claim Political Asylum in Saudi Arabia after Crossing the Red Sea on Board of an Eritrean Military Aircraft. 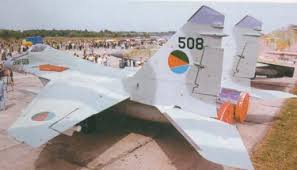 The aircraft was monitored by the Saudi Air Force as soon as it entered the Saudi air space and reports indicate that Security at the air port had been tight during the incident.

Although personal details of the three officers are not made available yet, their asylum request is being considered by the Saudi authorities.

In the past, several Eritrean Air Force pilots and officers have defected the dictatorial regime in Asmara in a similar fashion. Recently, Eritrean female pilot Captain Rahwa Gebrekristos claimed asylum in Saudi after she was sent to bring back an Eritrean Aircraft which had been left at the Jazan air port by pervious absconders.