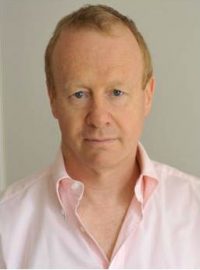 Plus a brief interview

Martin Plaut’s book, ‘Understanding Eritrea’, is a timely and crucial read. The book provides an important account of the distinctive aspects and nature of rogue nations. Focusing on the historical metamorphosis of Eritrea, which Plaut has actively followed since the mid-seventies, the book delves into the discussion of how Eritrea betrayed its own citizens.

The book, as explained in the introduction, is an attempt to unravel why this small country with such a rich cultural heritage turned into one of the most repressive and secretive states in Africa.  By covering its three distinct eras – colonial, armed struggle, and post-independence – the book presents the history that has unfolded over the last seven decades in a nutshell, and culminates in an explanation of how today’s Eritrea has turned into a pariah state after all the hardship it went through in securing self-rule.  Plaut uses vivid anecdotes throughout the book to show how the prevalent political culture in the country has brought it to its knees and caused a severe haemorrhaging of its youth.

The main thrust of Plaut’s argument is how the Eritrean revolution, like many others in Africa, has produced one of the most undemocratic and closed societies in the world.  Here Eritrea is characterised both by the generous nature of its people and the heavy-handedness of a government that has blocked social, economic and political developments that under normal circumstances would usher in people’s participation in governing themselves.

Plaut starts by highlighting how the Eritrean public played a crucial role during the revolutionary period when the freedom fighters fought pitched battles against Ethiopian forces (1961-1991). He goes on to explain how the Eritrean people were relegated to mere spectators in the moulding of their country into its present form, a bitter betrayal of the sacrifices made and the wholesale support given to the liberation forces during the war years. As he does so, he documents the way that the leaders of the former liberation struggle gradually abandoned both their commitment to the people and their humanity.  In doing so, he juxtaposes Eritrean and Ethiopian history, giving the account a comparative flavour.

The target audience is clearly the international community. However, the book also provides much-needed insight and perspective for young Eritreans who have been denied a true picture of their country of origin – an insight from an international perspective.  By depicting the difficult history of Eritrea, where the people ultimately failed to win control over their own lives, the account posits the idea that some social upheavals simply do not qualify as true revolution.

The book is usefully divided into ten chapters. The first section depicts the arduous journey of the country towards independence, its polemical relationship with its immediate neighbours and its rapport with the outside world which in the end solidified its ideological position. The following chapters describe how the newly-liberated country, defying its citizens’ expectations, changed its course towards dictatorship. Halfway through the book Plaut reveals how Eritrea’s party-controlled economy oscillates between the observable and hidden economies – a feature which the international community struggles to understand.

The last chapters are grim.  Plaut delves into the endless flight of Eritrean youth, life in exile and the dilemmas the various constellations of opposition groups in diaspora face.  This section lays the groundwork for the final chapter, ‘The Outlook for Eritrea’, which highlights what is standing in the way of the country achieving the democracy it deserves.  Plaut writes:

The obvious answer is President Isaias and his close associates in the military and party. It is they who imprison their opponents, refuse to allow opposition parties to function, implement the Constitution or hold free and fair elections. Until this obstacle is removed no progress is likely to be made. Yet this is not the whole answer, since it begs further questions.

Plaut goes on to refer to a particular Eritrean mindset which has developed as a result of the toxic leadership that has led the public into a state akin to servility.  Political bullying, which encompasses unfair treatment of the citizen, public humiliation and other forms of threatening behaviour, is rampant in Eritrea.  However, merely acknowledging it through anecdotal references, as Plaut does, is not enough.  Since the President plays such a domineering and negative role in Eritrean politics the book could have used an extra chapter analysing from a psychologist’s perspective the personality disorder President Isaias displays in his day-to-day rule.

The book is an important addition to the body of work on Eritrea and a great resource tool to those unfamiliar with the country’s history. Undoubtedly the EPLF’s legacy, which is intertwined with the President’s misrule in post-independence Eritrea, will be the subject of future books. What Plaut has done is to supplement the core set of works that will be heavily referenced by researchers focusing on the predatory nature of the government.  More books like ‘Understanding Eritrea’ are sorely needed to complete the understanding of the fascinating but tragic history of this country.

The book is available at Amazon and Hurst Publishers. I ran into Martin at the British Library and asked him about his book. Here is the outcome of that impromptu interview:

Q-1: You made reference to the ‘Eritrean riddle’ in your introduction.  What is the main riddle that your book attempts to clarify?

A:  The main riddle is why the country is not wracked by civil war; it is relatively stable … there has been no civil unrest in the country since independence, but it is still bleeding its people across the border. That is the riddle which, certainly, the outside world does not understand.

Q-2: You have written books about the history of South Africa and the ANC movement. The ANC movement of the 1980s and early 1990s did struggle to make its voice heard during the Apartheid era.  In the end, a concerted grassroots non-violent civil resistance movement together with international support and sanctions forced the Apartheid government to negotiate. Do you think that experience can somehow be replicated in the case of Eritrea?

A: I think it is difficult to replicate one history in a different situation. So lessons that one could learn from the ANC struggle are indeed valid for the Eritrean experience in the sense that an international dimension can play a huge role in a local struggle.  But in the end it is always the local factors that determine what happens.

Q-3: In your book you mention the polemics within the opposition groups in diaspora. Are there any processes you know of that help the feuding parties to reconcile their differences while fighting for change in Eritrea?

A: I think there are some issues that could be pursued by the opposition to reconcile their differences. One of them could be via an academic rather than a political forum because the political fora have proved so far unsuccessful.  The way in which an academic forum might be useful would be to attempt to construct a shared dialogue about the actual history of what happened up to independence, even afterwards – with all sides submitting information to a joint panel of agreed academics – their version of particular incidents that are very toxic in Eritrean history. Then a common narrative would be created where there was no agreement on particular events, even if versions varied considerably. And it would be published by the committee. The responsibility of the committee would be to document the differing versions of various incidents and then publish them in the same document. No attempt should be made to write a definitive text.  Then you at least have a document that brings together that commonality of information that is helpful without attempting to impose on it a false unity of perspective. The truth would have to emerge from people’s reading of the different versions.

Q-4: In terms of the age group of defectors, refugees and fleeing boatpeople, Eritrean youth are the primary victims of government’s mismanagement of Eritrea. How can they become productive participants in the various campaigns?

A: In my view the youth can be brought into the picture in two ways.  The first way is to appeal to their patriotism which many of them still feel even if they have differences between them.  Remember, Eritreans are intensely patriotic and possess genuine love for their country. The second thing is to try to find ways that appeal to them through cultural, not political, events … theatrical experiences, or musical experiences which would bring them together. I know the divisions are deep but there is so much Eritreans can share between them. Joint cultural experiences are important.