At least 23 people of 18 different nationalities are now known to have been killed after Islamist militants attacked a hotel in Burkina Faso. 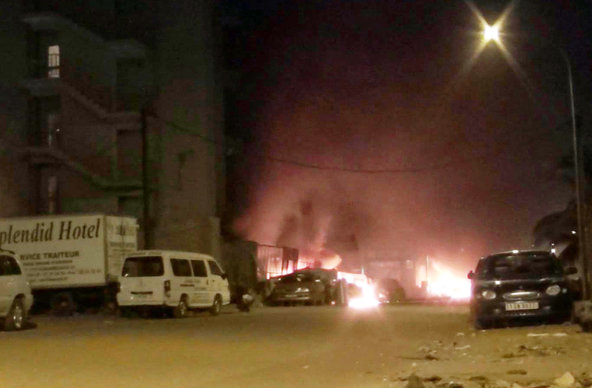 At least 23 people of 18 different nationalities are now known to have been killed after Islamist militants attacked a hotel in Burkina Faso.

Al-Qaeda militants attacked the luxury Splendid Hotel in the West African state’s capital, Ouagadougou, as well as a cafe and another hotel nearby.

Four attackers – two of them reportedly women – died in the assaults.

The siege at the Splendid was declared over after a joint operation by local and French security forces.

The Al-Qaeda in the Islamic Maghreb (AQIM) militant group has said it carried out the attack, which began on Friday night.

Bukinabe President Roch Kabore, who arrived at the scene on Saturday morning amid tight security, announced the death toll and the liberation of at least 150 hostages.

The French Ambassador, Gilles Thibault, gave a higher death toll of 27 and denied any women were among the militants killed at the hotel.

In another development, an Austrian doctor and his wife were kidnapped on Friday night in northern Burkina Faso near the border with Mali, Burkinabe officials said. AQIM said it kidnapped the couple.

The area surrounding the Splendid Hotel has been cordoned off. Soldiers can still be seen walking in and out of the building but the siege is now over.

At least three cars parked right outside the front door are completely charred, the remains of another two sit just across the street. Two burnt motorbikes lie in the middle.

The light purple colour of the Splendid Hotel’s front side now looks black, probably caused by the smoke generated by explosions.

The Yibi hotel, opposite the Splendid, also shows signs of the attack, and the authorities say at least one attacker was killed inside the building.