Ask Prime Minister Abiy Ahmed to stand with the Eritrean People against dictatorship!!!

Dear Prime Minister Abiy Ahmed, PhD Amazed by your determination to break the status quo by taking huge, historical, and unprecedented steps in such a short period of time in office, including the most recent rare, unimaginable conciliatory gestures you 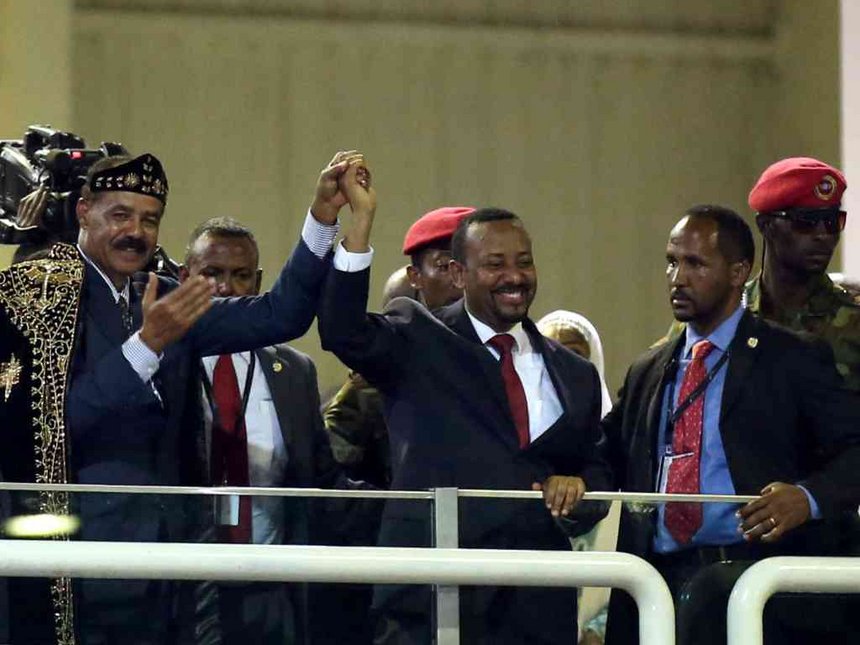 Amazed by your determination to break the status quo by taking huge, historical, and unprecedented steps in such a short period of time in office, including the most recent rare, unimaginable conciliatory gestures you took to release political prisoners,

Witnessing that your thoughtful strategy to defeat hatred and animosity through love and dialogue is yielding such an unprecedented result,

Convinced that encouraging countries in our region to adopt your thoughtful strategy for peace and unity may help to transform the region for peace and regional security at a faster pace,

Encouraged by the unprecedented and growing intimate relationship with the main players of the region and the president of the state of Eritrea, Mr. Isayas Afeworki,

Concerned with the fact that Eritrea still hosts the largest number of prisoners in our continent, that include teen age children,

Disappointed by the fact that Mr. Isayas Afeworki has not yet shown any sign of conciliatory gestures that would give some sort of relief to the people of Eritrea,

Alarmed by the president’s intent to establish a monarchy system and elevate his son, Abraham Afeworki, as his successor and

Motivated by the Presidents’ several public endorsements for you to lead the two countries and that you have already started assuming the role by calling the UN to lift the sanction against the regime,

We, at the EriMedia Watch Group, and the signers of this petition would like to ask you to seize on the opportunity and to help to quick-start the reconciliation process between the Eritrean Government and its people in as soon as possible.