Anti-Trump Protests Break Out In Cities Across USA

Protesters have marched in several cities across the United States, angered by the surprise election of Donald Trump. Demonstrations began shortly after president-elect Trump claimed victory in the early hours of Wednesday, and spread that 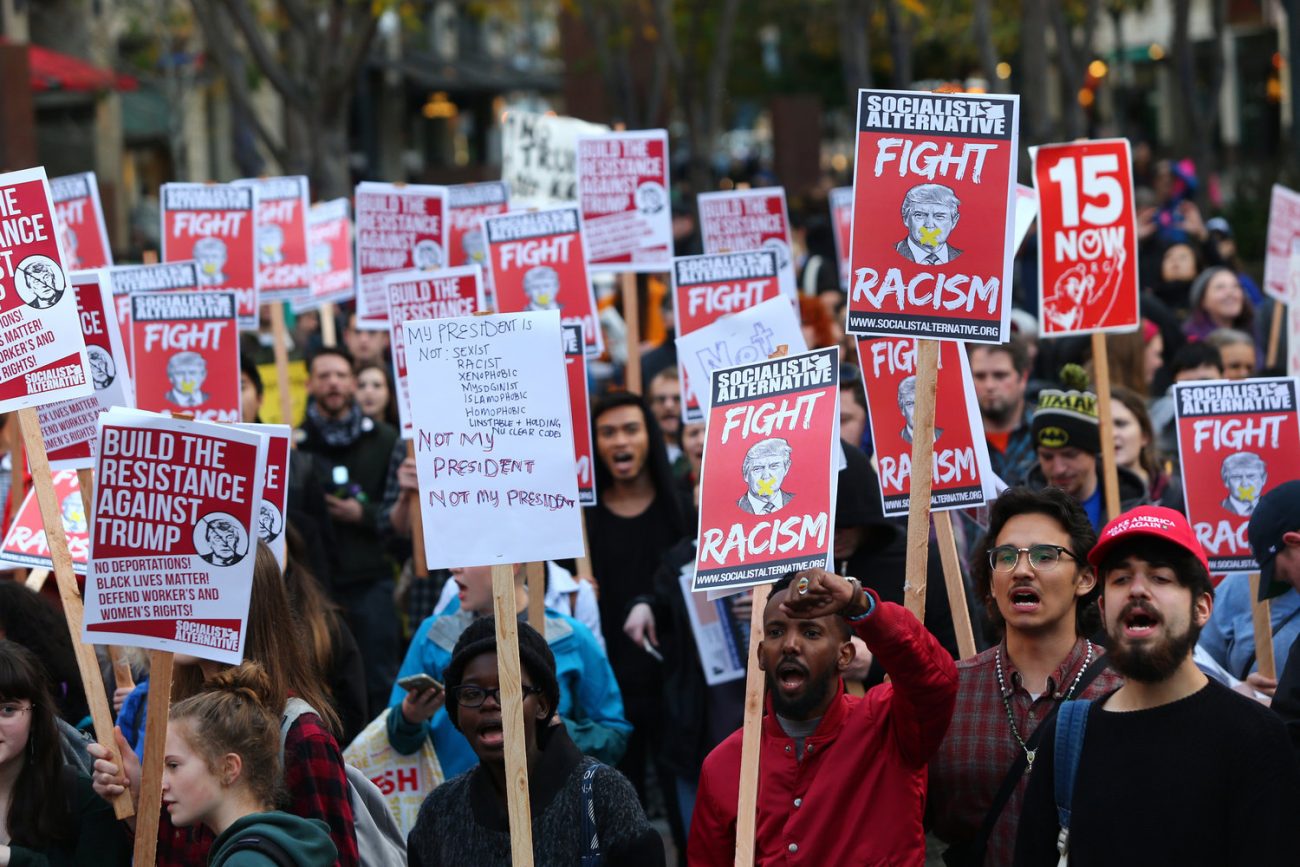 Protesters have marched in several cities across the United States, angered by the surprise election of Donald Trump. Demonstrations began shortly after president-elect Trump claimed victory in the early hours of Wednesday, and spread that night to several major cities.

A number of the demonstrations were centered around Trump-owned properties. Crowds gathered in New York City’s Union Square and marched to the building where Trump lives. The crowds stopped traffic in Times Square, where protesters held up signs that said “No More Racism.” NPR’s Sarah McCammon, who is in New York, said many chanted “Not My President,” which also has become a social media hashtag.

Trump-owned properties also were targeted in Washington and Chicago. Police have set up barricades to keep crowds away.

In Seattle, crowds gathered downtown, carrying signs that said “Fight Racism” and “Not My President.” One of the speakers called on protesters to “stand together and fight like hell.”

The protests largely have been peaceful. The police have allowed people to march through the streets during rush hour, in some cities shutting down traffic until people had passed. In Portland police detained at least one man after protesters said he assaulted someone, according to KGW.com.

In his post-election victory speech, Trump said that he would be the president for all Americans, and that it was “time to come together as one united people.”

But many are not convinced. Trump’s threats to deport illegal immigrants and ban all Muslims from entering the country has many worried they will become targets. Many NPR readers and listeners fear that race relations will deteriorate, despite Trump’s words.

At a protest in Miami, Cindy Wiesner, who helps undocumented workers, told NPR’s Greg Allen that many of them were scared.

Other cities where protesters have marched include Philadelphia, New Orleans and Richmond, Va.