Israel stayed true to its promise of arresting and expelling African migrants last week after it detained seven Eritreans who refused to be deported to Rwanda. Two refugee rights groups, the Hotline for Refugees and Migrants 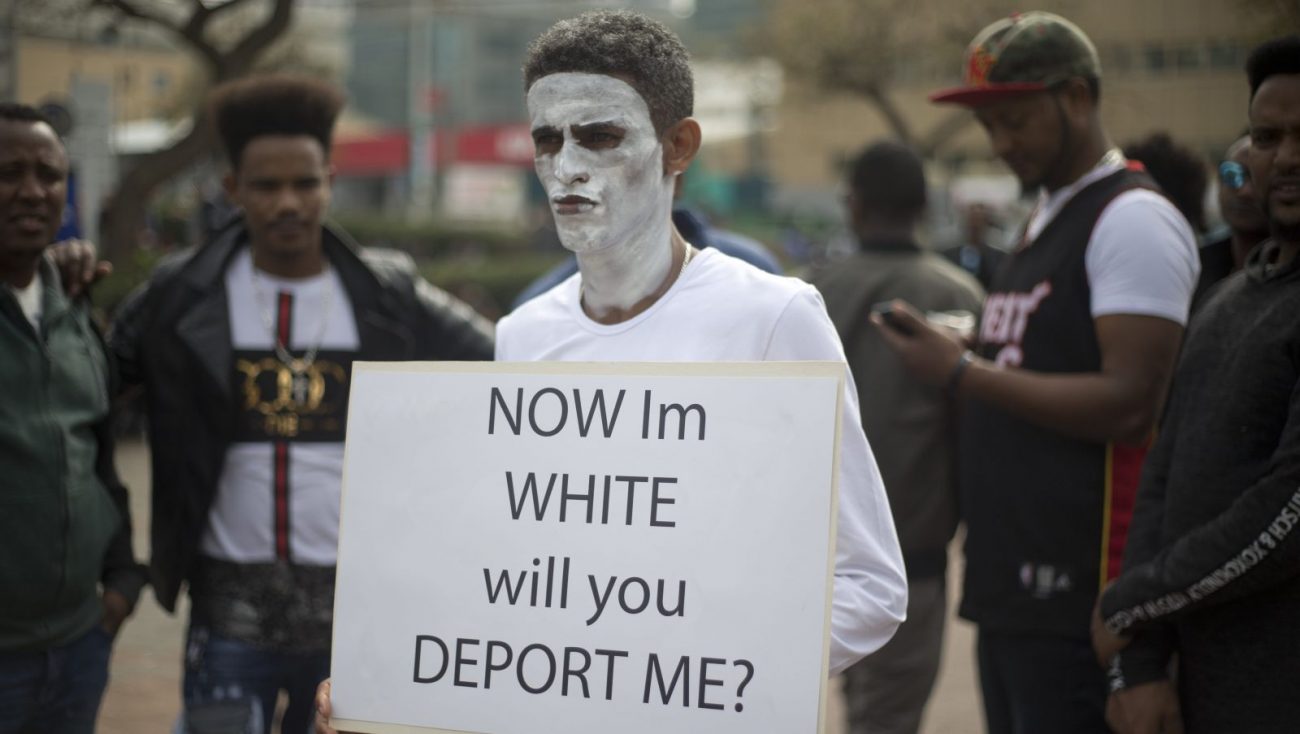 Israel stayed true to its promise of arresting and expelling African migrants last week after it detained seven Eritreans who refused to be deported to Rwanda.

Two refugee rights groups, the Hotline for Refugees and Migrants and Aid Organization for Refugees and Asylums seekers in Israel (ASSAF), said authorities handed the asylum seekers “deportation notices” and imprisoned them at the Saharonim prison in the south of Israel.

To protest the deportation, inmates at the Holot prison in the Negev desert first embarked on a hunger strike. African migrants also went out into the streets, protesting in front of embassies like that of Rwanda, and hoping to pressure officials to end their expulsion. Some of those demonstrating also painted their faces white, suggesting they were being sent into danger because Israel didn’t believe their black lives mattered.

The current deportation plan threatens to remove thousands of Africans, many of them from Sudan and Eritrea. The United Nations refugee agency estimates there are 27,000 Eritreans and 7,700 Sudanese in Israel, who say they fled war, persecution, and conscription. Officials, however, call them “infiltrators” in search of economic opportunities, and who constitute a threat to Israel’s social fabric and Jewish identity. The government has proposed giving each migrant $3,500 to leave, with the option of going home or to a third country. If they don’t leave by end of March, migrants face indefinite incarceration. Immigration officials are also hiring civilian inspectors to help investigate and arrest the migrants.

Israel’s plan to return refugees has drawn criticism from human rights advocates both in and outside the country. Academics, activists, and prominent Israeli writers have called on prime minister Benjamin Netanyahu not to deport the asylum seekers, saying the nation has “no refugee problem.”

Rwanda, where many of the migrants are being reportedly sent, recently said that it was “wrong and offensive” that asylum seekers were being given the option of going to Rwanda or to jail. Research has shown that those previously deported to Rwanda and Uganda continue to face danger and death, even risking their lives by taking perilous onward journeys to Europe.

Both Hotline and ASSAF criticized the recent arrests, noting that two of the detained Eritreans had their asylum requests denied even though they survived torture. “This is the first step in a what is a globally unprecedented deportation operation, a move tainted by racism and complete disregard for the life and dignity of asylum seekers.”