UN ‘in mourning’ as 22 people affiliated with organisation die along with 32 Kenyan citizens, 18 from Canada and seven Britons Passengers from more than 35 nations were among the 157 people killed after an Ethiopian 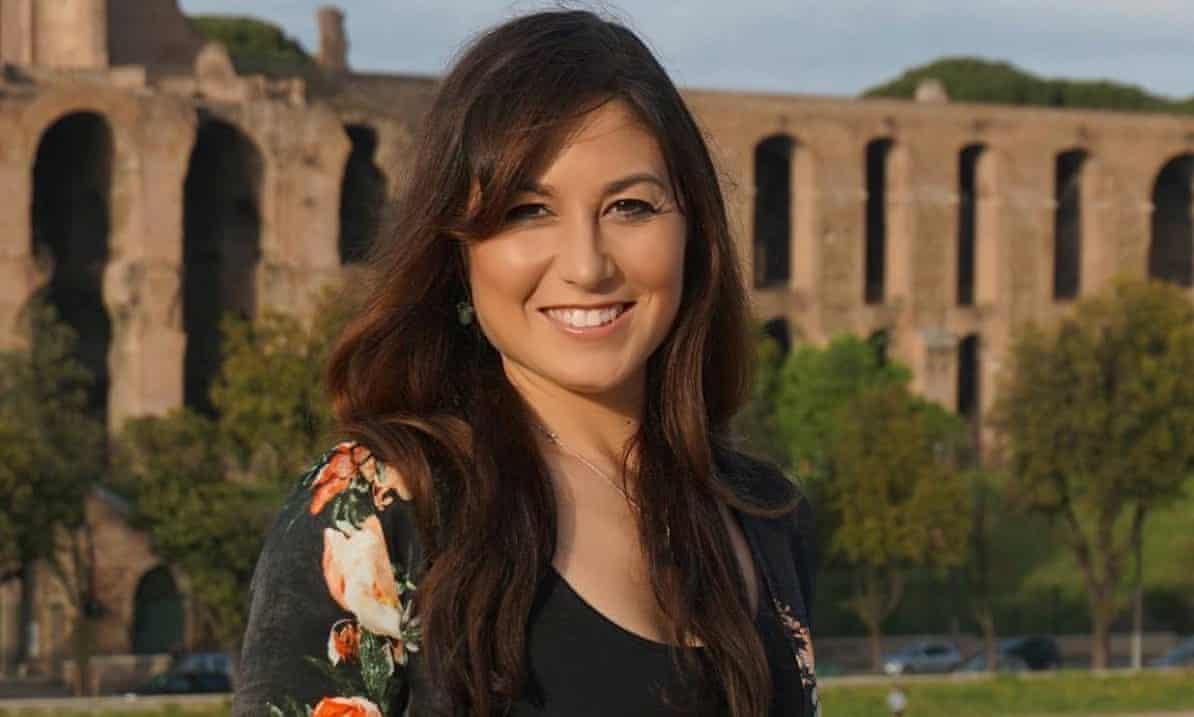 UN ‘in mourning’ as 22 people affiliated with organisation die along with 32 Kenyan citizens, 18 from Canada and seven Britons

Passengers from more than 35 nations were among the 157 people killed after an Ethiopian Airlines flight from Addis Ababa to Nairobi crashed shortly after takeoff.

The Boeing 737 Max 8 plane was believed to be carrying 149 passengers and eight crew members when it hit the ground six minutes after departing Addis Ababa on Sunday morning.

The travellers included 32 Kenyan citizens, 18 from Canada, nine from Ethiopia, eight from Italy, China and the US and seven from the UK and France.

Many of the people on board were en route to the United Nations environment assembly in Kenya’s capital.

Officials said at least 22 people affiliated with the organisation were killed in the crash, with some of the names yet to be disclosed.

At the opening of the UN assembly, delegates paid their respects with a moment of silence for the victims.

“We have lost fellow delegates, interpreters and UN staff,” said the president of the assembly, Siim Kiisler, the minister for environment for Estonia.

“I express my condolences to those who lost loved ones in the crash.”

Inger Andersen, the incoming head of UN environment, told the Guardian the organisation was “devastated”.

“This is a house in mourning but a house that doesn’t yet know all the facts.”

The African Diaspora Youth Forum in Europe said co-chairman Karim Saafi had been a passenger on the flight and had been due to represent them at a meeting with the African Union in Nairobi.

Save the Children said its child protection in emergencies adviser Tamirat Mulu Demessie was among the dead.

At least seven Britons were on the flight, the Foreign Office said, including Joanna Toole, a 36-year-old environmental campaigner from Exmouth, Devon, who worked for the fisheries and aquaculture department of the UN’s Food and Agriculture Organisation (FAO).

“I express my condolences to those who lost loved ones in the crash.”

Guardian Today: the headlines, the analysis, the debate – sent direct to you

Inger Andersen, the incoming head of UN environment, told the Guardian the organisation was “devastated”.

“This is a house in mourning but a house that doesn’t yet know all the facts.”

The African Diaspora Youth Forum in Europe said co-chairman Karim Saafi had been a passenger on the flight and had been due to represent them at a meeting with the African Union in Nairobi.

Save the Children said its child protection in emergencies adviser Tamirat Mulu Demessie was among the dead.

At least seven Britons were on the flight, the Foreign Office said, including Joanna Toole, a 36-year-old environmental campaigner from Exmouth, Devon, who worked for the fisheries and aquaculture department of the UN’s Food and Agriculture Organisation (FAO).

The department’s director, Manuel Barange, tweeted that he was “profoundly sad and lost for words” over the death of his colleague. He said she had been travelling to Nairobi to represent the FAO at the UN environment assembly.

Barange said Toole, who lived in Roma where the FAO is based, was “a wonderful human being who loved her work with a passion. Our love to her family and loved ones.”

Her father, Adrian, told Devon Live: “Joanna’s work was not a job, it was her vocation.

“She had never really wanted to do anything else but work in animal welfare since she was a child.

“Everybody was very proud of her and the work she did; we’re still in a state of shock.”

Sarah Auffret, another victim, was believed to be a French-British dual citizen. A graduate of the University of Plymouth, the 30-year-old was an environmental agent for the Norway-based Association of Arctic Expedition Cruise Operators and was travelling to the same UN event.

Abiodun Oluremi Bashua, an ambassador from Nigeria, was also killed in the crash. The Nigerian ministry of foreign affairs said it received the news of his death “with great shock”.

After joining the Nigerian foreign service in 1976, Bashua served in embassies around the world including Vienna, Austria, Abidjan, Cote d’Ivoire and Tehran, Iran.

Pius Adesanmi, a Nigerian professor with Carleton University in Ottawa, Canada, also died on the flight.

The author of Naija No Dey Carry Last, a collection of satirical essays, Adesanmi was described as a “towering figure in African and post-colonial scholarship” by Benoit-Antoine Bacon, Carleton’s president and vice chancellor.

One Irish national, Michael Ryan, was killed. Ryan was a father of two who worked for the UN’s World Food Programme. He was global deputy chief engineer for the aid agency and had been on a work trip in Ethiopia.

Taoiseach Leo Varadkar paid tribute to the engineer on Twitter, saying: “Our thoughts tonight are with families of all those lost in the Ethiopian Airlines crash, including Irish engineer Michael Ryan.

German national Anne-Katrin Feigl was named as a crash victim by the International Organisation for Migration (IOM).

She was en route to a training course in Nairobi as part of her role as a junior professional officer at the organisation.

Three members of humanitarian organisation Africa Tremila, based in Bergamo, Italy, were on board.

The aid group’s president Carlo Spini, his wife Gabriella Viggiani, and treasurer Matteo Ravasio were among the eight Italians killed.

Among those killed from the World Food Programme were Virginia Chimenti and Maria Pilar Buzzetti from Italy.

Sebastiano Tusa, 66, a renowned Italian underwater archaeologist, was another killed, the Italian government said. He had been flying to Kenya for a project with Unesco.

In a tweet, Italian premier Giuseppe Conte said: “We are united with the relatives of the victims and offer them our heartfelt thoughts.”

The victims from Kenya included Hussein Swaleh, the former secretary general of the Football Kenya Federation who was due to return home on the flight after working as the match commissioner in an African Champions League game in Egypt on Friday.

Another Kenyan on the flight was Cedric Asiavugwa, a law student at Georgetown University in Washington, DC. Asiavugwa, who was born and raised in Mombassa, was on his way to Nairobi after the death of his fiancee’s mother. Before he came to Georgetown, he worked with groups helping refugees in Zimbabwe, Kenya, Uganda and Tanzania, the university said.

The family of Joseph Waithaka, a Kenyan and British dual national, said the 55-year-old had died in the crash.

His son Ben Kuria told the BBC his father, who had lived in Hull for more than a decade before moving back to Kenya, was a “generous” man who “loved justice”.

Waithaka, who had worked for the Humberside probation trust, saw his son on Saturday in Croydon, London, before flying to Kenya via Addis Ababa.

“I gave him a hug and shook his hand, because in my culture it’s more about the handshake than it is about the hug,” Kuria told BBC News. “I said we’ll probably see you at some point soon. We usually spend a bit more time saying goodbye, but yesterday it kind of just felt routine.”

Austrian foreign ministry spokesman Peter Guschelbauer said three doctors in their early 30s were on board the flight. The men were on their way to Zanzibar, he said, but he could not confirm the purpose of their trip.

A lawmaker from Slovakia said his wife, daughter and son were killed in the crash. Anton Hrnko, a legislator for the ultra-nationalist Slovak National Party, said he was “in deep grief” over the deaths of his wife, Blanka, son, Martin, and daughter, Michala.

The Slovakian president, Andrej Kiska, offered his condolences to Hrnko.

Three Swedish nationals are believed to have been on the plane. Hospitality company Tamarind Group announced “with immense shock and grief” that its chief executive Jonathan Seex was among the fatalities.

Three of the Russians on board were tourists Yekaterina Polyakova, Alexander Polyakov and Sergei Vyalikov, the Russian Embassy in Ethiopia said.

The cause of the disaster is not yet known, however the airline said the pilot had reported difficulties and had asked to return to Addis Ababa.

Theresa May said she was “deeply saddened to hear of the devastating loss of life following the plane crash in Ethiopia”.

The prime minister wrote on Twitter: “At this very difficult time my thoughts are with the families and friends of the British citizens on board and all those affected by this tragic incident.”

The spokesman for the UN secretary general, António Guterres, said he was “deeply saddened at the tragic loss of lives”.

“He conveys his heartfelt sympathies and solidarity to the victims’ families and loved ones, including those of United Nations staff members, as well as sincere condolences to the government and people of Ethiopia,” the spokesman said. “The United Nations is in contact with the Ethiopian authorities and working closely with them to establish the details of United Nations personnel who lost their lives in this tragedy.”

Justin Trudeau, the Canadian prime minister, said in a statement he joins the international community in mourning the lives of so many. He says the Canadian government is providing consular assistance and working with local authorities to gather further information.