04 March 2020  A call for the UN to re-assess its relations with Eritrea  From: Eritrea Focus The United Nations is due to meet in Nairobi on 8th and 9th of March to consider how best to work with the 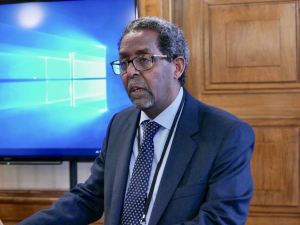 The United Nations is due to meet in Nairobi on 8th and 9th of March to consider how best to work with the government and people of Eritrea. This is a possibly unique opportunity for all the UN ‘family’ to re-orientate its approach.

All Eritreans know, and appreciate, the work the UN in its many facets have done over the years, including the vast numbers who have been sheltered by the UN refugee agency upon whom so many still depend. But it is vitally important that the UN takes seriously its own research, analysis and advice. This was provided to it by the Commission of Inquiry on Human Rights in Eritrea[1] and followed up by the UN Special Rapporteurs for Eritrea who have regularly reported to the UN Human Rights Council.

The most recent UN Human Rights Council received a highly critical report from the current Special Rapporteur, in which she concluded that in key areas including the rule of law, reform of the national service, progress on civil liberties, progress on women’s rights there had been what she said was: “no concrete evidence of progress.”[2] Rather, there had been the continued arrest of businessmen, religious and community leaders. Political prisoners remain in jail – some for as many as 26 years – without trail. Nor have the Eritrean authorities granted the Special Rapporteur the co-operation and access to the country that members of UN have repeatedly called for.

Her analysis is reinforced by the work of outside bodies like Amnesty International and Human Rights Watch. The latter’s most recent assessment is chilling.[3] It assess that there has been no ‘peace dividend’ for Eritreans from the recent rapprochement with Ethiopia.

This analysis was recently endorsed by Reinhard Frauenfeld, of UNOPs, which is overseeing the European Union’s road-rehabilitation programme in Eritrea. As he rightly pointed out, there has been “a lot of engagement” with the government of Eritrea, but “little to show, so far” in terms of improvements in the country’s human rights.[4]

It is time for the UN to take the weight of evidence seriously and to re-assess its relationship with Eritrea. It cannot continue with “relations as normal” by interacting uncritically with such a vicious and cruel regime which has driven hundreds of thousands into exile.

We call for a new direction for the UN in Eritrea – one that puts the needs of the people, rather than the regime – as its first priority. There cannot continue to be normal and supportive relations with a government that so blatantly violates the rights of its own citizens. There must be timely, monitored pressure on the Eritrean government to live up to their commitments on human rights and to free their people from the subjugation in which they currently live.

This comes at a time when the plight of Eritrean refugees hang in the balance. There are worrying signs that the rights of Eritreans who have fled into Ethiopia are being restricted. The situation in Libya, in particular, is critical, with Eritreans now trapped in a war zone. We call on the UN, and the UNHCR in particular, to act expeditiously to answer the needs of these people.