What we are witnessing this season is unprecedented new amazing developments. I wonder if this news about the new membership to the council pass without shock or disbelief. A body called to looks after the 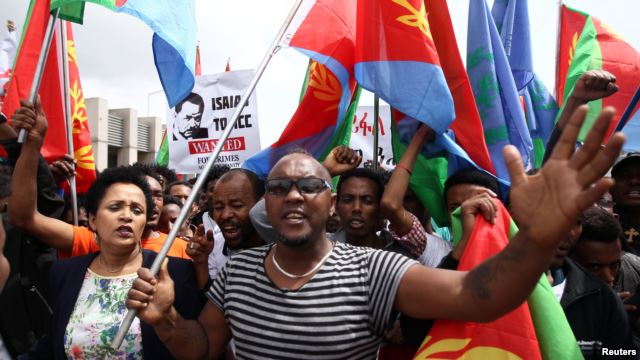 What we are witnessing this season is unprecedented new amazing developments. I wonder if this news about the new membership to the council pass without shock or disbelief. A body called to looks after the rights of human beings in our planet appoints the worst human rights abusers as its advisory council. Laughing!

This is just, as if animals are agreeing to safe guard the safety of grass eaters by appointing Hyena as a main player to coordinate the task. Are we living in world with common sense and logic or are we heading fast to destruction on our own terms.

If the UN is trying to look inclusive and non-judgemental, that provides equal opportunity to all member countries, it should not compromise its core values. This particular UN body, the Human Rights Council, which is a body whose mission is to promote and protect the rights of human beings in the world, is working against its core mission by allowing members like Eritrea in its council.

This is shame to the whole world, Ban Ki moon the then UN Secretary-General in 2007 quoted as saying in regards to the UN-Human Rights Council “ All victims of human rights abuses should be able to look to the Human Rights Council as a forum and a springboard for action” . Is not this the mission statement, then what happen to them to elect countries like Eritrea?  Alternatively, they telling us for the next three years, the HRC will not entertain claims from Eritreans.  We have not seen anywhere for a victim to report back to his/her abuser, and appointing Eritrea under  Isayas Afewrki as a council for HRC while the victims desperately waiting justice from UN HRC is very sad and shameful.

The UN body knows the extent of the human rights issue in Eritrea as the UN appointed rapporteur Sheila is working hard to update the situation in Eritrea, which is deteriorating every day until now. Moreover, the council members know for sure that there was even a recommendation by the rapporteur to report several Eritrean authorities responsible for the atrocities into the International Criminal Court ICC.

In one article, it stated, there is serious candidacy issue with this council, in 2012, Syria’s candidacy opposed by USA and European Union, was later removed from the ballot. In the same year, many African countries and international civil societies opposed the candidacy of Sudan because of the atrocities in Darfur.

In 2015, another laughing matter to hear Saudi Arabia selected as council member with all its record of active beheadings by the Kingdom and other abuses on its citizens. How can a hyenas, wolfs and tigers are appointed to look after the ware about of sheep and goats?

Now to hear Eritrea lead by President Isayas Afewerki, the worst dictator in our decade occupying the council’s seat, to look after the victims of human rights abuse under various governments. I am afraid we are living in Stone Age.  This reminded me of, when Isayas Afewerki himself was complaining several times about the need to reform the UN Security Council as well as the UN body as a whole. He is right; the UN needs reform from its roots, take a good baptism of itself, to come clean of its corrupt practices, and make a sense full decision during the candidacy processes. This reform is expected to deny the candidacy of authoritarian regimes with poor human rights record as well as countries without independent higher commissioner for human rights in their own countries.

The UNHRC seems to give deaf ear to the report by the Rapporteur appointed to look after the human rights in Eritrea; as well as many repressive states are among its council membership, countries with worst human rights records.

Shame on you again UN-HRC, and it may not be too late to rethink and reverse the candidacy if a bold decision is made by those with strong good values. The UN HRC, in its resolution states, “Members elected to the council shall uphold the highest standards in the promotion and protection of human rights.  If the UN HRC council is expecting Eritrea suddenly out of bloom to show a highest standards because it is elected as a council member, is simply nonsense and rubbish, Eritreans will neither expect Isayas Afewerki to change nor the council to address their claims of atrocities at this stage.

The UN HRC looks out of touch of the reality, and doubts its legitimacy as a council to address the real concern of victims. However, Eritreans should not cut hope and keep their efforts relentlessly until brings the perpetrators to the court.