ONE MONTH AGO, the Swiss government sent letters to 3,200 Eritrean asylum seekers that could have an impact far beyond Switzerland. It notified them that their temporary status was under review and that return to Eritrea “cannot generally 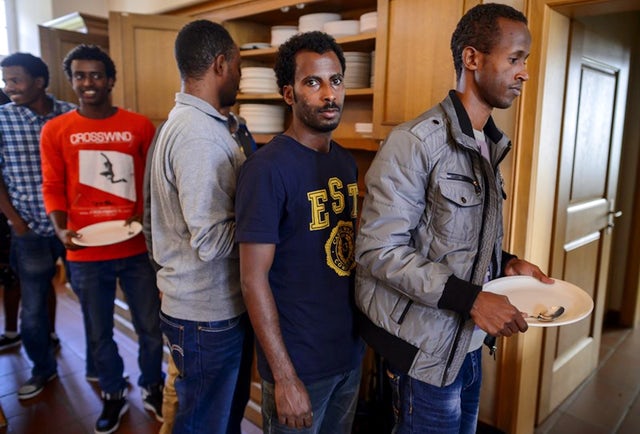 ONE MONTH AGO, the Swiss government sent letters to 3,200 Eritrean asylum seekers that could have an impact far beyond Switzerland. It notified them that their temporary status was under review and that return to Eritrea “cannot generally be considered as unenforceable.” This decision was immediately celebrated in Israel by anti-immigration decision-makers, influential public figures and media channels, who saw it as a precedent for the forced return of many of the 26,000 Eritreans living in the country.

With high-level discussions reported to be taking place on the “Swiss option” and Israel’s plan to forcibly deport African refugees and migrants in disarray, there are well-founded fears that deportation to Eritrea could be the next solution.

As is often the case when anti-refugee policies are adopted by other countries, the small print is ignored. Subsequent incarnations of a controversial policy can become even more draconian. And those in Israel who celebrated the Swiss decision are ignoring some inconvenient facts.

First, that the recognition rate of Eritreans as refugees in Switzerland is around 50 percent. In 2017, 54 percent of Eritreans who received a decision on their asylum requests in Switzerland were granted full refugee status (3,464 Eritreans). The recent “review of status” decision, which applies only to Eritreans holding a temporary admission status, does not affect more than half the Eritreans in Switzerland.

Switzerland’s recognition rate of Eritreans is in any case far lower than the average across the European Union. In Israel, by comparison, it is virtually impossible to gain refugee status. So far 10 Eritreans have been recognized as refugees – plus one who was awarded refugee status by the appeals tribunal.

The second fact ignored by deportation enthusiasts in Israel is that out of the pool of 9,400 Eritreans who hold temporary status in Switzerland the status review will be conducted only on those who completed their military service (or otherwise resolved their situation with the Eritrean regime). The decision to conduct this review follows a federal court decision from last August, when the court determined that such people are not likely to be sentenced for a criminal offence or forcibly recruited to the military if returned. This is why letters were sent to only 3,200 asylum seekers.

Third, the Swiss letters are notifications of intent to review status. They are not deportation orders and certainly not a notice of a sweeping deportation of all Eritreans in the country. When it was announced on Swiss media, the spokesperson of the relevant authority emphasized that each case would be examined individually. These specifics have been ignored by those championing the move in Israel.

This is not the first time decision-makers in Israel have called for the forced return of Eritreans, nor the first time that such calls have relied on European administrative or legal developments. In June 2017, for example, the European Court of Human Rights decided not to reverse a negative decision by the Swiss in the case of an Eritrean asylum applicant determined not to be credible. The attorney heading the Israeli committee that reviews asylum requests hastily referred to this decision as a green light for Israel to deport Eritreans. The headline of the television interview conducted with him read: “The European Court: It is permitted to return Eritreans to Eritrea.” As simple as that.

This is not to say that the European Court of Human Rights decision, the Swiss review letters or any other steps taken in Europe against Eritrean asylum seekers are not troubling in themselves. Quite the opposite. At a time when the United Nations and human rights organizations agree that the Eritrean regime is responsible for extreme rights violations, talk of forced returns is alarming.

These policies not only jeopardize Eritrean asylum seekers in Europe but also have a ripple effect further afield. A Swiss decision to individually review the status of a certain group of Eritreans might very quickly result in mass and indiscriminate deportations from other places. In an era where rippling is happening so fast, decision-makers, making life and death decisions, must be aware of an even heavier burden on their shoulders.

The views expressed in this article belong to the author and do not necessarily reflect the editorial policy of Refugees Deeply.