We – Americans of Eritrean descent – are calling for the U.S. government to save 700 of our fellow Eritreans who are here in America from imminent torture or death at the hands of the 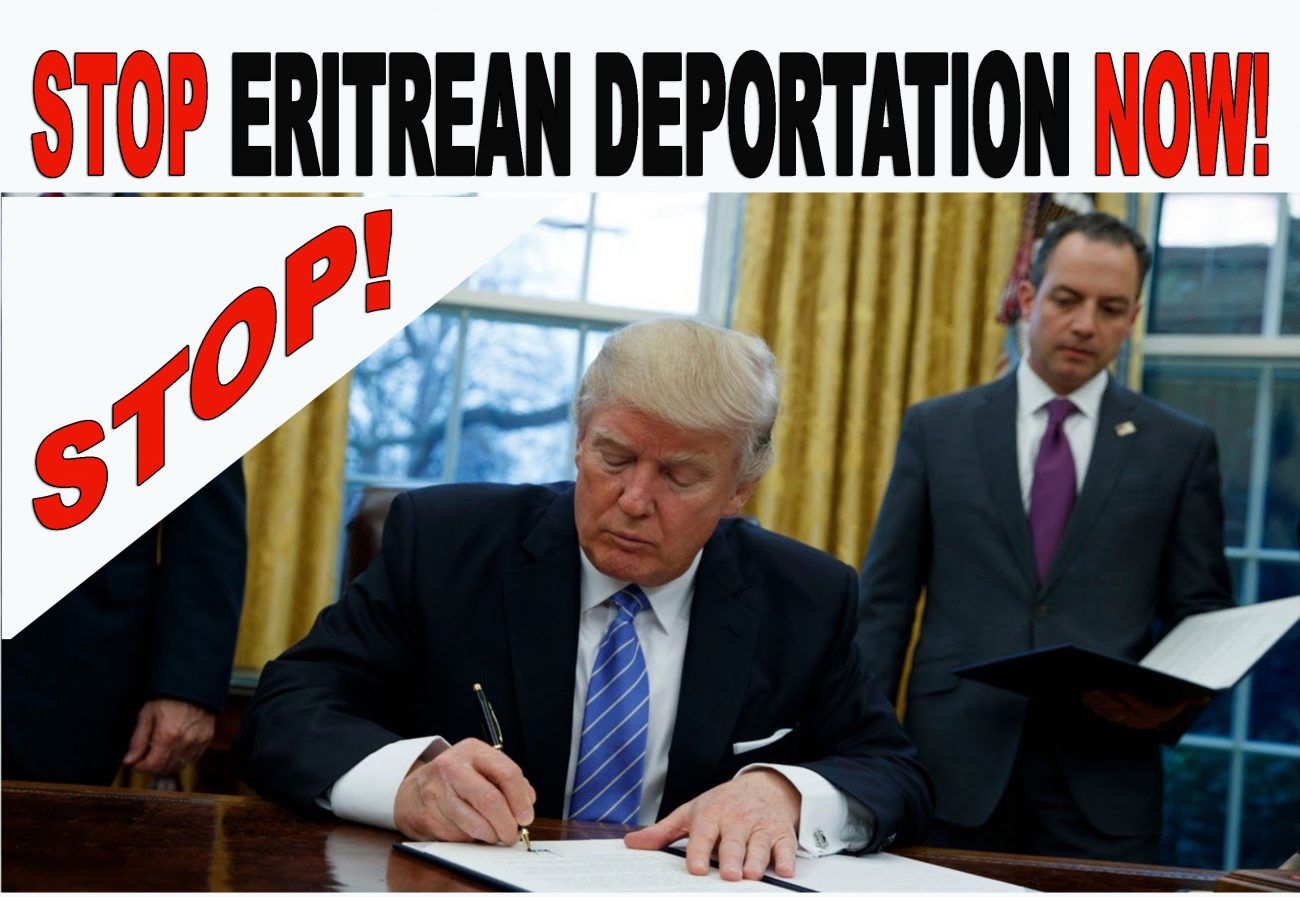 We – Americans of Eritrean descent – are calling for the U.S. government to save 700 of our fellow Eritreans who are here in America from imminent torture or death at the hands of the brutal, dictatorial regime that rules Eritrea.

On September 13, 2017, the Department of Homeland Security (DHS) issued a directive to expedite the deportation of approximately 700 Eritreans from the U.S.  Those 700 – mostly law-abiding residents – appear to be at immediate risk of being sent home to Eritrea, where we believe they would face torture, long term imprisonment, or murder by the regime.

Eritrea is a small country in the Horn of Africa.  It is a police state, and it is widely referred to as “the North Korea of Africa.”  Its government’s merciless brutality toward its citizens has been documented and denounced by the U.S. State Department, the United Nations, and many major human rights organizations.  Citizens live in constant fear of surveillance, arbitrary arrest, torture, malnutrition, detention within a gulag of underground prisons, and indefinite military service under slave-like conditions.  Citizens who are deported from other countries are at particular peril.  We wish to voice our fears on behalf of the 700 in the U.S., and to implore the U.S. government to halt any deportations until Eritrea becomes safe for the individuals to return.

The 700 here are under final removal orders issued by American immigration courts.  To our knowledge, few are under those orders for having committed crimes here.  Rather, many or most had applied in good faith for asylum in the U.S., but they had simply lost their asylum claims.  Often they lost their cases because they lacked legal counsel, because the immigration judges did not understand the dire state of human rights in Eritrea, or both.

In recent years, few Eritreans have been deported from the U.S.  The reason appears to have been that the Eritrean government had refused to cooperate with the deportations – specifically, had  refused to issue travel documents to the individuals under final removal orders.  In the September 13 directive, DHS sought to remedy that situation by causing the State Department to issue a broad ban on in-bound visas from Eritrea to the U.S., as a means of pressuring the Eritrean regime to issue the travel documents for out-bound deportees.

Eleven additional countries have also refused to issue travel papers for U.S. deportees.  But DHS chose to place visa restrictions on only four of them, including Eritrea, and to press for Eritrean deportations, apparently without considering the horrors that would likely befall those deported to Eritrea.  We do not object to the ban on in-bound visas.  But we fervently, and with broken hearts, object to Eritreans being deported to an excruciating fate.

We urge members of Congress to use all influence they may have to cause DHS and ICE to halt the deportation of Eritreans until that country is safe – especially Eritreans whose only shortcoming here is that their asylum claims were denied.

PLEASE HELP SAVE THE ERITREAN 700!

The following sources have reported that Eritreans who are deported to Eritrea – after having been denied asylum in another country, or under some other circumstances – are likely to be severely punished by the Eritrean government: