By Michael Abraha If multi-party elections were held in Eritrea with the next 18 months, Pres Isaias Afewerki would win by an overwhelming majority and voters would probably also grant him protection and immunity from prosecution 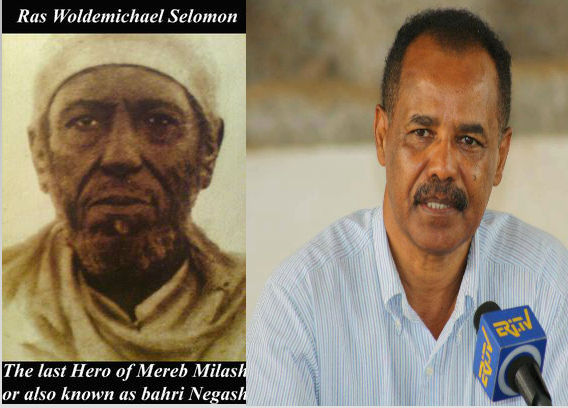 If multi-party elections were held in Eritrea with the next 18 months, Pres Isaias Afewerki would win by an overwhelming majority and voters would probably also grant him protection and immunity from prosecution for any political wrongdoings or crimes.

Eritrea is the center of ancient African civilization and has remained connected to many foreign political and social cultures for centuries. No observer should underestimate the shrewd imagination, intelligence and judgement of the Eritrean people. The Eritreans would endorse pragmatic political and electoral measures in the interest of national stability, peace and prosperity.

And the people would very much prefer to hold the elections now while Ethiopia still controls Badme.

It should be remembered that the generation that briefly experienced free and fair elections during a very short period of ten years in the 50’s is no longer with us. That generation has long been gone. Eritreans then elected their Parliamentarians and Head of Govt within a Federal System with Ethiopia.

Indigenous Eritrean leadership existed before the Italians conquered the country in the late 1890s. Before the Italians came, Eritrea was, by and large, in the hands of brave leaders known as Rasi or Bahri Negasi (King of the Sea). Such a brave Eritrean hero managing the country was Rasi Woldemichael Solomon before he was tricked and lied to and captured by agents of Ethiopian Emperor Yohannes.

Unlike the present Eritrean leaders, Woldemichael Solomon provided swift justice to his opponents and he is said to never leave them languish in jails. He loved to engage and make peaceful arrangements with his enemies without fear that his power or authority might be affected in the process. “We make peace with our enemies not with our friends”, is known to be one of his favorite utterances.

With due respect to Pres Isaias and his aides, there is no such thing is “our unique way of doing things”. That is the standard government response whenever the question of change arises. The truth is that there is nothing unique about the nature of politics and governance. They are basically the same everywhere just as the crow is dark-colored in Eritrea as it is in Mongolia.

Humans and their politics are influenced by the same fears, hates, jealousies and survival questions – just as they were during the ancient Roman and Greek civilizations thousands of years ago.

Common sense and reality demand that the govt. loosens its grip over the people and allow free internal political debates and discussions today leading to elections. These are bound to end reinstating Isaias as President, which should perhaps be for just one term of four years. Many will disagree but it sounds like a perfect bargain for Isaias after an estimated fifty years in power first as liberation leader and then as post-independence Eritrea.