My fellow Erireans, I am so proud to join the Global Initiative! I urge you to join! Please do so! 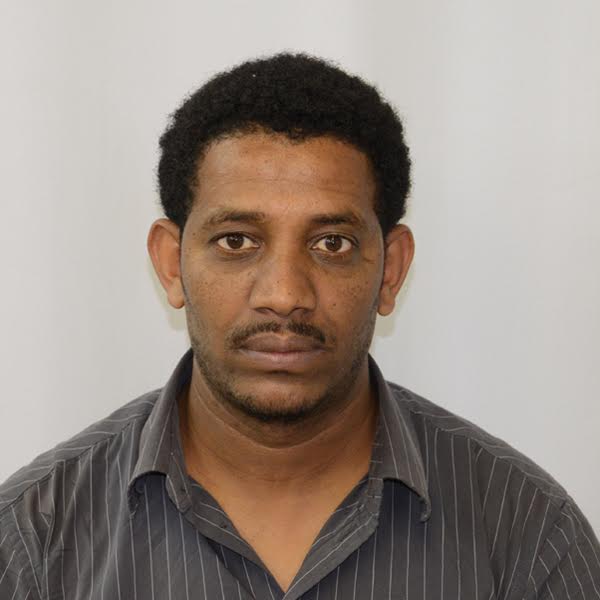 I sincerely believe that having a global leadership will break the status quo; the paralysis of Eritrean diaspora politics and discourse, promote a new political environment more conducive to democratization. It will take our demonstration induced unity and solidarity, to a more tangible action oriented, to reach our ultimate goal, remove the evil regime, by bringing together a wide spectrum of  Eritrean nationals of different political affiliations, last but not lease, I simply believe that I am accountable for failing to do my part not only to facilitate to promote a global leadership, but for its success, after elected.

Nobody disputes the dare situation in Eritrea and of Eritreans, the respected author, brother Futsum, just rightly expressed in his previous article in Assena that the degree of suffering, to which Eritrenas are subjected, in all forms; cultural, political, economic and social and religious oppression, in a way never seen before by other past and present oppressive dictators on earth. Issaias has changed Eritrean into some sort of a concentration camp. We just don’t know the number of people dead in the slave camps of Gelalo, Wia, all over the country, dead by extrajudicial killings, died in the hundreds of prisons, disappeared, committed suicide of the economic hardships as a result of the regime’s policy and killed by the shoot to kill order while escaping the regime. Under this regime, what is committed in Eritrea is not simply crimes against humanity, but it amounts to genocide. Let’s be honest!

But to address this, we, Ertireans needs to have an honest leadership elected by us that serves from within us not above us. Alexander the Great once said ‘I am not afraid of an army of lions led by a sheep; I am afraid of an army of sheep led by a lion”. And I don’t think, we, Eritreans miss the importance of honest leadership for any group at any level to meet its goals. And this is what exactly happened in the Eritrean opposition in the Diaspora, in fact, every person in the opposition is no less than a lion, because he/she has liberated from the tyranny of fear, and is at the forefront in the fight for justice and regime change. But she/he is also responsible to make sure that we have a leadership, elected by us to lead us on the mission not only to get rid of this evil regime, and save the wounded nation, before it succumb to its wounds, but beyond, for a peaceful transition in Eritrea.

People across the board agrees on the need for such kind of a global leadership, but blessed they are, few people took the courage and initiative to facilitate for electing a global leadership. It is worth to mention their names in this piece, not only for their brilliant and courageous initiative, the outmost important issue for every Eritrea concerned about Etireean, but for their decade long service to Eritrea and Eritrerans before and after independence, including the current struggle for justice, human rights and to end the suffering of Eritreans. Prof Araya Debesay, Ahmed Berhanu, Amanuel Eyasu, Ibrahim Mohammed, Dr. Solomon G.Ghebrezghi and Teka Yohannes. Words are inadequate to express their service.

The art of the state of the Ertirean opposition in diaspora is very clear, one that political parties blaming each other, including the different youth movements, out of pity politics. And all of them unites when it comes to demonstration on issues against the Ertirean regime, even working together on planning, and making sure the demonstration goes peacefully, but the next day goes to the normal routine, blame game. One that the grassroots blame the elite for failing to take the lead, and the elite blaming the grassroots for its arrogance. This is the status quo, this has been the case for more than a decade.

There is no such a deep political or ideological divide in the Ertirean political parties in the Diaspora, definitely should not be in the different youth movements, which many of them are not even political parties. In fact, the problem within the Ertirean opposition is that every conceivable group, some deserving, others less so, has demanded legitimacy, parity, and often preference. Without out even bringing a tangible ideological or political road map that convinces people to join them. Which ultimately fails to forge a successful leadership, but instead subject themselves into endless self victimization and blame game.

It makes no sense at all for us to have several tens of political parties and youth movements for standing in solidarity when it comes to demonstrations against the Eritrean regime, when it comes to mourning on the continuing tragedies of Eritreans. While we don’t listen one another, directly or indirectly, to do much more than that, and end these tragedies. While we suspect one another, but did nothing about it, and waste time and energy bashing colleague, and finger-pointing. A tired excuse for inaction, ducking of responsibility, and redirection of blame. And we are stuck in this situation.

We just can wait and see if things will somehow get better by themselves. That somehow, the questions what is next after New York? What is next after Geneva? Would be answered. We just need to act and work together, and the first step is to elect the global leadership, through the grassroots movements to get us out of the current situation, to break the status quo, to break the political paralysis, upgrade our unity more than solidarity for demonstrations. Which ultimately supports the goals of political parties, civil societies, and other grassroots movements.

The last but not the least, I simply believe that I am accountable for failing to do my part to facilitate to promote a global leadership, as an Eritrean who stands for the rule of law, democracy and justice in Eritrean and end suffering. But this needs not only my individual responsibility but also a shared accountability for the global initiative to succeed. It is not enough for me to go to demonstrations, to speak and write openly against the regime, or call for justice, but I need to work with others, and acknowledge my shared accountability to end the rule of the evil regime and bring justice.

That is why electing global leadership must be embraced by all Ertrean justice seekers, political parties, and civic organizations for the sake of Eritrea and its people! And that is why I am urging all my fellow Eritreans in the Diaspora to follow suit, take individual responsibly and shared accountability.