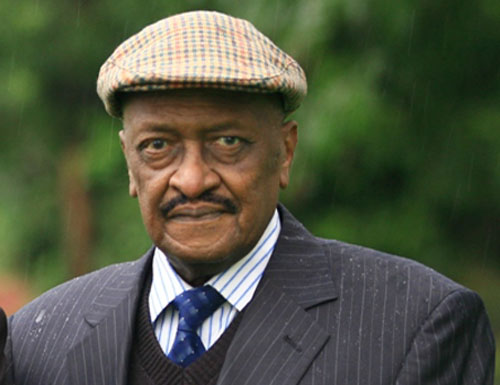 (OBITUARY Issued by Gulf News in Arabic and TRANSLATED

A Painful loss for the opposition and the Eritrean people; the death of the great fighter, Omar Jabir

On Friday evening, December 19, 2014, the veteran fighter Omar Jabir passed away in Melbourne, Australia, at the age of 69. He had spent his life in the long journey for the liberation of Eritrea, first in the ranks of the Eritrean Liberation Front, and later with United Front, followed by his struggle in the opposition CAMP for justice and democratic change in Eritrea.

We ask God to have mercy on him and forgive his soul; we pray that his immediate family, and his extended Eritrean opposition family, and the Eritrean people, to be patient, and to have fortitude and strength to bear the loss.

The loss of Omar Jabir is painful and a great loss for the Eritrean opposition and the Eritrean people at this juncture of its HISTORY. It is a time that can be described as tough and at the same time delicate. Truly, the opposition CAMP will miss a great fighter in the person of Omar Jabir, at a time when the opposition ship is in need a captain in the likes of the highly skilled journalist, the seasoned politician, the balanced writer, the fighter for justice and freedom, and the convincing debater– there are few like him in the Eritrean arena.

Biography of the deceased:

The biography of the late Omar Jabir is so deep and expansive as a sea; only a skilled diver can dig all out. This is an attempt at summarizing his biography:

Since his days as a student, Omar Jabir was a rare Eritrean character who left a clear imprint in various fields and levels, both during the revolutionary era, in the current opposition camp, and in the Eritrea society in general. He was respected for his intellect and wide experience of struggle. Omar Jabir enjoyed a unique moral courage, he was fearless in spelling out the truth. And that gained him acceptance by every segment of the Eritrean population, Muslims and Christians alike. He was a man of principles and values for which he dedicated all his life. The late Omar Jabir adamantly withheld the principles of the Eritrean nation and called for the unity and territorial integrity of Eritrea. He was a model of a revolutionary person who never swayed from his principles.

Upon the independence of Eritrea from the Ethiopian occupation, the late Omar Jabir returned to Eritrea along with other compatriots to contribute in the process of reconstruction and development of his country. But he collided with the reality that he found there, realities that were not in his ACCOUNT were revealed to him about the Eritrean dictatorship. He chose to stand alongside his people and face the regime that betrayed the Eritrean people, and the trust of Eritrean martyrs, and Omar became among the well known personalities in the ranks of the opposition forces.

The late Omar Jabir was a prolific writer, and his series of articles are available in Eritrean websites. He has unmasked the regime’s policies and ADDRESSED the issues, concerns, and aspirations of the Eritrean people.

After the late Omar Jabir finally settled in Melbourne, Australia, in 1995, he helped establish a strong branch for the Eritrean opposition. He was also the director of the Eritrean FORUM for change until he passed away on Friday in Melbourne.