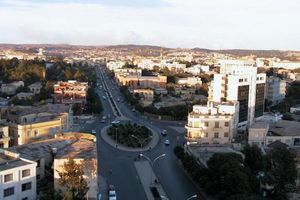 Remarks by John Hoover, Chargé d’Affaires of the Embassy of the United States of America On the Occasion of the 238th Anniversary of the American Declaration of Independence Asmara, Eritrea, July 3, 2014